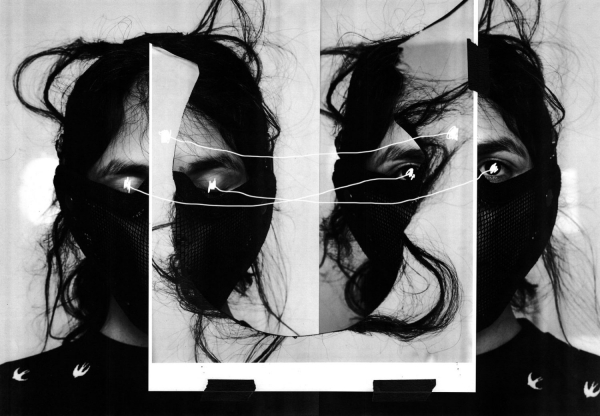 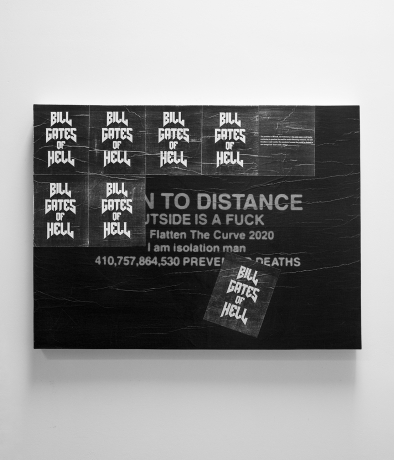 Jesse Draxler in conversation with Editor in Chief Alice Zucca

Jesse Draxler lives immersed in a chaotic and dystopian universe that he describes by investigating the psychosomatic discrepancy that transfigures and deforms the perception of reality. While “clouding” the sight with an element of disorientation, Jesse’s intent turns against this aspect, in a need for interaction expressed in the desire to understand others and to be understood as well. Jesse is color blind, and his works, perhaps precisely as a consequence of this condition, display a peculiar chromatic connotation: they are always in black and white. The most striking effect that this singular choice produces is to make the artist’s invariably monochromatic creations universally recognizable. His art describes and reveals an acute sensitivity that scrutinizes a hyper-technological reality paralyzed by an unbridgeable lack of connection and where every hint, every movement, every glance produces desirable emotions. 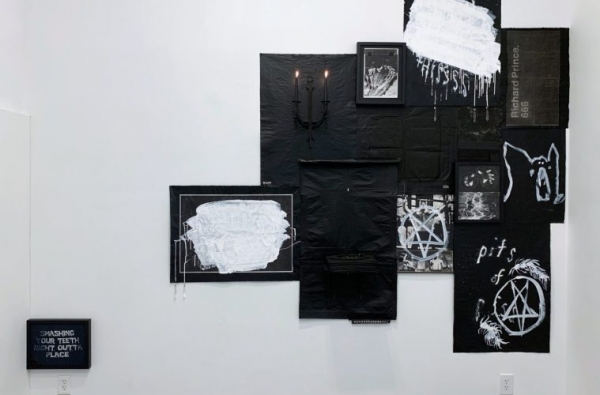 ART REVIEW: JESSE DRAXLER: TABLE OF LOSSES AT NO GALLERY

With rock ‘n’ roll rough-going soul and gothic flourishes, Jesse Draxler’s current exhibition, being made during the era of Covid, speaks to the memory of the dashed hopes from the Before Time, the struggle to figure out what the hell is going on in the everlasting limbo of the present, and the first blush of promise that things might, somehow, someday, be alright. The visual language of the works and the evocative installation vignettes encompass imagery of fragility, luxury, ritual, grief, destruction, amnesia, violence and dark magic. 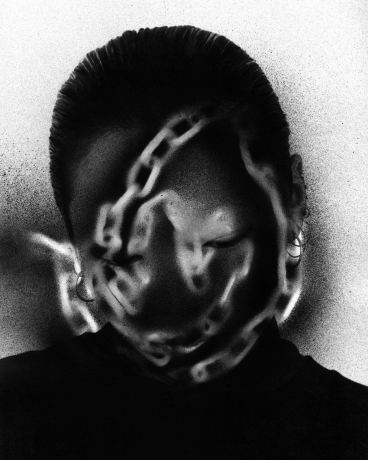 At Jesse Draxler’s ‘Table of Losses’, a good laugh heals a lot of hurt

In The Weird and The Eerie, Mark Fisher challenges the English translation of Freud’s unheimlich. Understood as the genesis of the uncanny, Fisher instead states that the literal translation (the unhomely) is a more fitting descriptor for situations to which “uncanny” is often applied, gesturing at the discomfort the term describes.

When considering the new works by American visual artist Jesse Draxler, collected for his most recent solo exhibition with no gallery in LA titled Table of Losses, the idea of something being unsettled by its proximity to home, or normality, seems all the more fitting.

Originally slated for a June opening, the exhibition was postponed until October. During the lockdown and ensuing psychosocial confusion, many artists lost themselves in finding solutions – attempting to answer impossible questions or focusing on the preservation of wellness in uncharted circumstances. Conversely, Draxler welcomed that sense of uncertainty and the cracking of normality into his work. He continued to produce new pieces in the months between the postponement and rescheduled date, ending with a body of work addressing a bleak reality and the power humour has in escaping it. 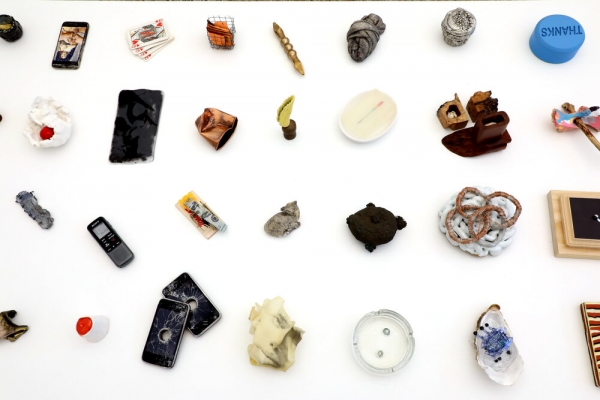 100 Sculptures at No Gallery, Los Angeles

Article by the Daily Collector

Pharmaceutical representative pens, blowtorched lucite, hemp cord, ceramics, gum, plaster, hair, encaustics, glass, birdseed, epoxy clay, cat teeth, and Canadian softwood are just a small sample of the materials put in concert in the fourth iteration of the 100 Sculptures group exhibition on view now at No Gallery in Los Angeles. The exhibition is a sprawling survey of small sculptures curated by Todd von Ammon, Joseph Ian Henrikson, and Casey Gleghorn. Each of the over one hundred sculptures on display measures in at less than five inches in length and width, but each work adds a distinctive presence to the show’s ecosystem of thought diversity from edgy takes to skillfully crafted objects. 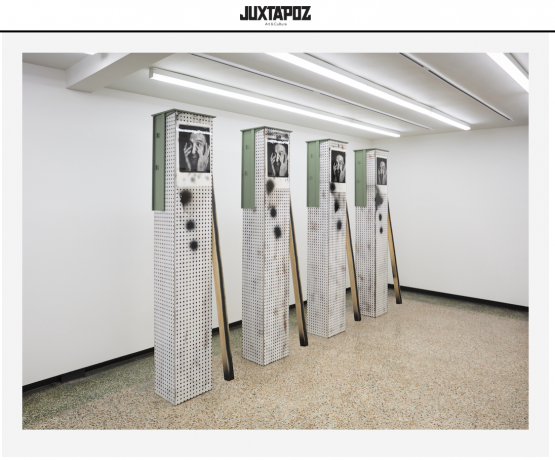 Through an assemblage of obliterated Xerox machines and fragmented typewriters, spray paint, resin and humming hued light, Phil Wagner introduces Obsolescence to the NO Gallery, a nihilistic dystopian reality amidst a mechanical purgatory.

Fueled by the visual rhetoric of Dada and Suprematism, Obsolescence articulates a dialogue of how technology that is viewed as archaic, mundane, and obsolete has become the catalyst of our demise as a society. As a result, sculptures, paintings, and installations create visceral shadows of shantytowns, monuments marred by riots, and laboratories hexed with confusion and absence. By implementing popular wood, anaesthetic architectural addition of the gallery, and site-specific sculpture, the NO Gallery transcends into a chapel of reflection; a memorial pieced together by survivors amongst the rubble. 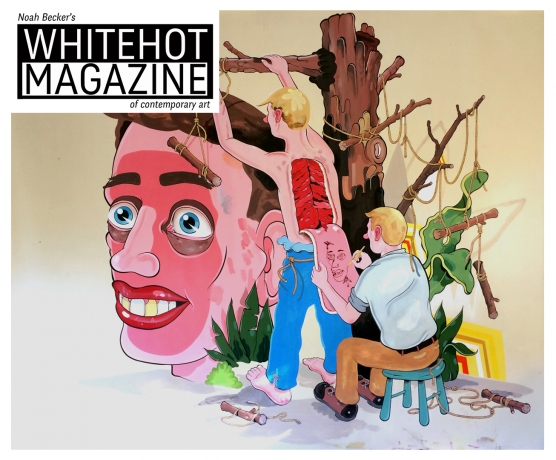 "Dont Just Do Something, Sit There"

To the degree that art expresses the zeitgeist, and that right now everything everywhere is a terrible, stupid dumpster fire of fear, loathing, and depression, then NO Gallery has a show for the times. Don’t Just Do Something, Sit There presents divergent works by three artists -- Jesse Draxler, Jordan Weber, and Mark Mulroney -- which achieve common ground in the mucky terrain of mental breakdown, demon-hunting, and gallows humour. It’s perfect, really. 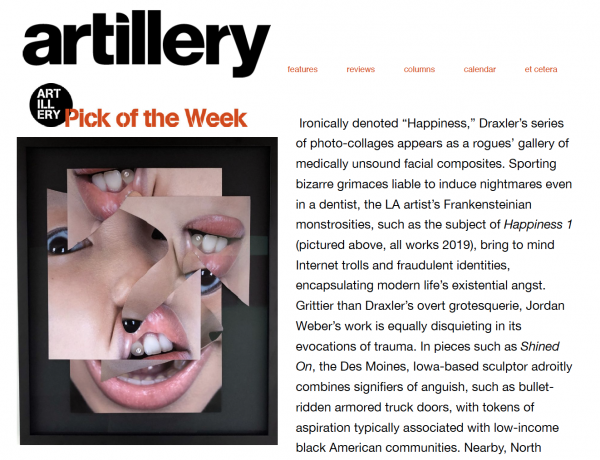 No Gallery - Artillery's Pick of the Week

Don't Just Do Something, Sit There

Dark humor pervades provocative works by Jesse Draxler, Jordan Weber and Mark Mulroney in “Don’t Just Do Something, Sit There” at NO Gallery. These artists hail from different regions yet overlap in their hard-bitten manners of exploring mortality and contemporary unpleasantries. 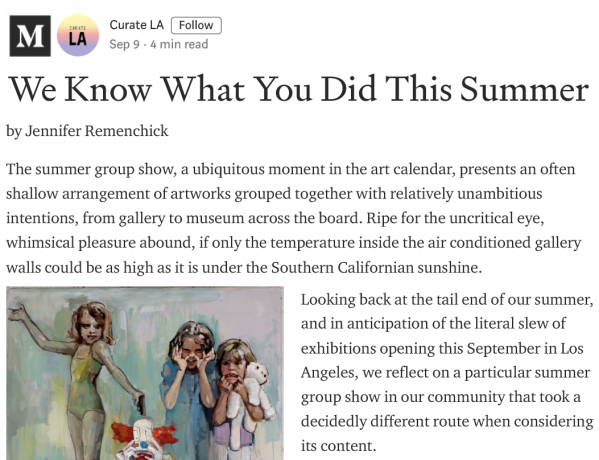 Curate.LA - We Know What You Did This Summer

Review of 'At Odds' by Jennifer Remenchick

No Gallery, a newly opened space in the La Brea pocket of Los Angeles — along with art spaces, ltd los angeles and David Kordansky Gallery — recently closed the doors on its summer exhibition, At Odds, which focused “on the normalization of violence and fetishization of guns in American culture.” 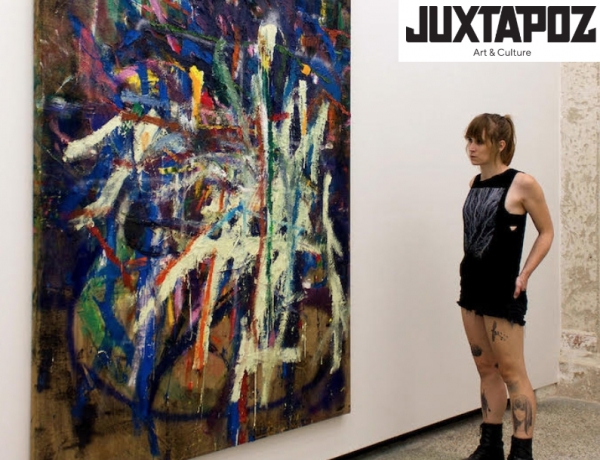 Exhibiting together for the first time, the nine LA artists in No Gallery's inaugural show each have distinctive practices that take unpredictable detours. In dialogue with one another, they exhibit the instinctive, restless drive of the city's most compelling culture-makers. Tapped into what is making us tick while holding fast to quixotic visions, they cut a clear path for the gallery to follow as it makes its place in LA.