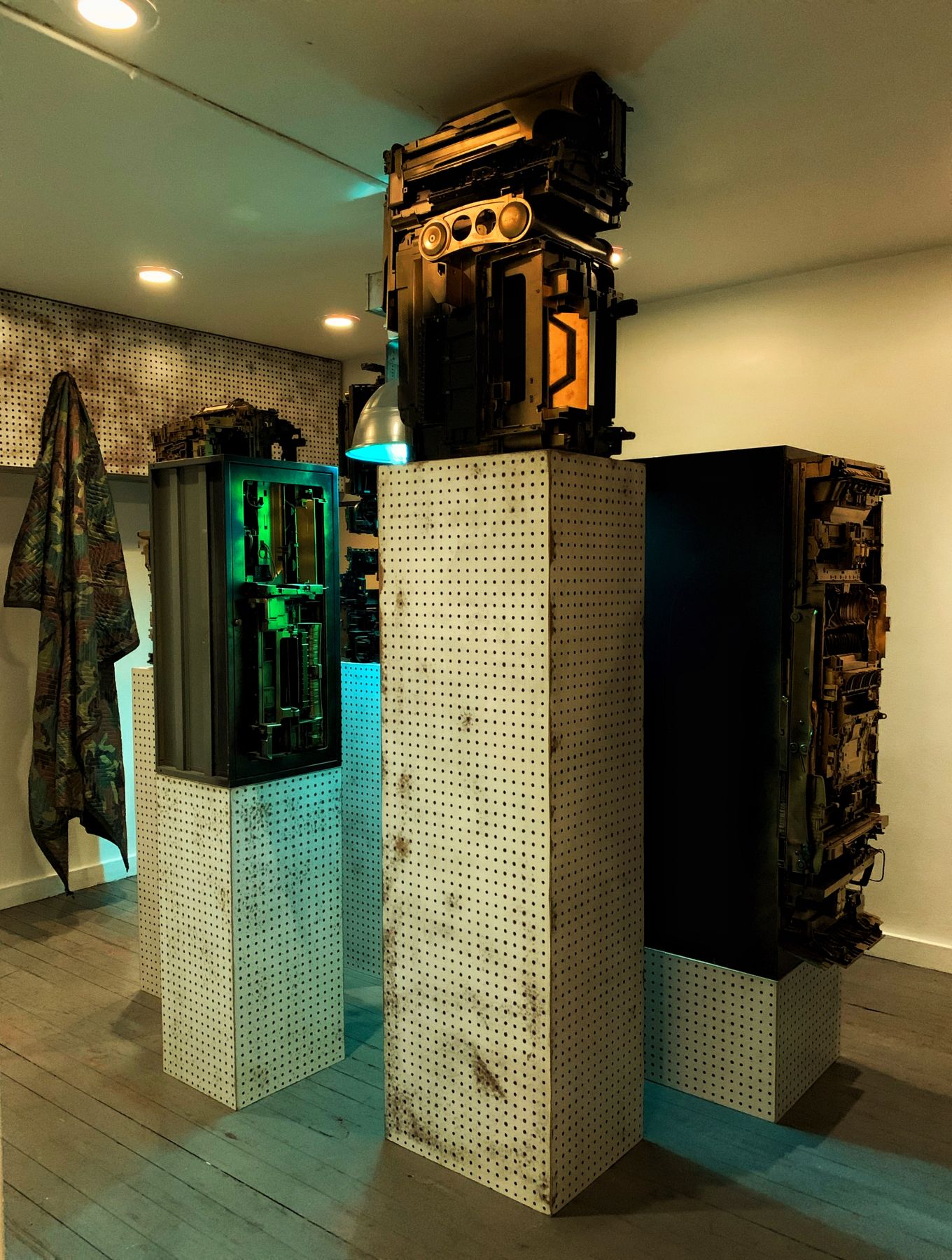 What is that? A holy site or a trash-pit nightmare? And where is that noise coming from? Inside my head or vibrating from the walls? Phil Wagner’s latest installation at NO attracts with dazzling, disorienting form and ensnares with its physical sensations—while invoking some of art’s biggest ideas. With Marcel Duchamp hovering as a reference point, a found object, and a dose of humour, Wagner’s works tack between the earthly and the transcendent, the heavy and the light. Large-scale canvases and totemic forms in close proximity carry forward the legacies of Suprematism and Minimalism. They also carve paths through the double binds of these historical ideals: How does a material thing provide spirituality for a secular world? How is art revolutionary when all the revolutions have failed? Altogether, the ambitious installation generates formal and philosophical propositions that transcend the associative content of its component parts. These notions, Wagner suggests, are essential but may appear today as obsolete as the broken radios and printers pressed into the service of his artworks and that threaten to bury us alive.