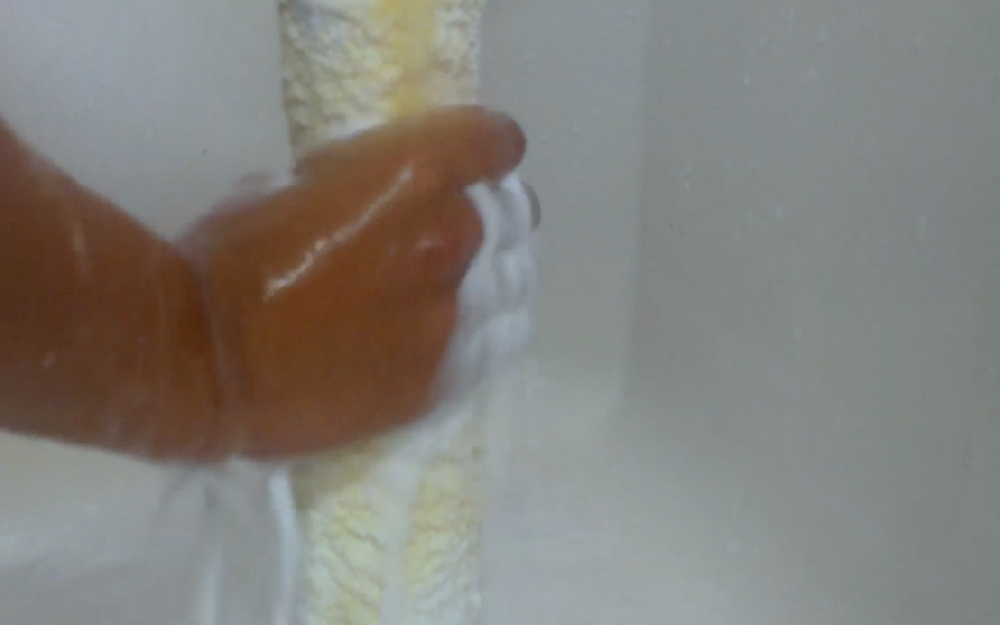 ‘One Hundred Questions’ by Shagha Ariannia: Single channel HD video and Audio , 2017
(audio from official website of The Department of Homeland Security) Length: 4:40 minutes on loop.
Edition of 3

Nine artists. More Hollyweird than Laurel Canyon. More freeway soot than fairy dust. The guts beneath a glossy finish. Traces of what makes this city run and the fragments it leaves behind. Above all, the jerky energy that keeps it moving—and keeps it fresh. Molly Tierney’s giant flag is right at home in the sprawl, balanced by Arielle Falk’s delicate, disintegrating banners. Bjorn Copeland and Erin Trefry muscle their way through post-industrial and post-consumer yet very personal landscapes of things, making assemblies with equal parts violence and tenderness. Phil Wagner and Jesse Draxler hold up shiny mirrors that reflect back fragments, while the scumbly messes made by Spencer Lewis and Paul Pascal Thériault remind us ways Kim Jones’s Mud Man lingers in Los Angeles still. Shagha Ariannia’s video installation pulls together elements of these visual languages, pairing them with critique that crosses the border from the regional to the national: is “freedom” only ever jerk-off nonsense or is its pursuit a permanent effort and a permanent stain? These works bristle and strain, wallow and stretch, singing scratchy songs that make a curious harmony.

Exhibited together for the first time, the nine LA artists in No Gallery’s inaugural show each have distinctive practices that take unpredictable detours. In dialogue with one another, they exhibit the instinctive, restless drive of the city’s most compelling culture-makers. Tapped into what is making us tick while holding fast to quixotic visions, they cut a clear path for the gallery to follow as it makes its place in LA.

No Gallery is a new gallery in Los Angeles. This exhibition was curated and organized by director Casey Gleghorn.