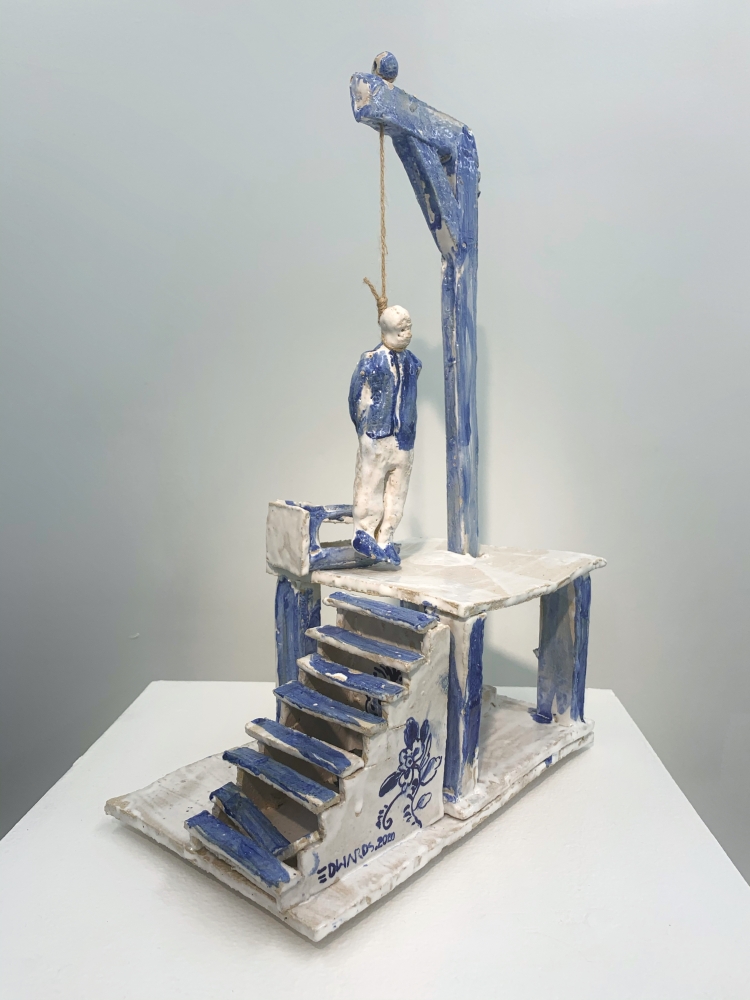 “Blacksheep” is charged with undertones of sexuality, religion, and consumer culture– featuring nostalgic objects and icons with hidden libidos. Occupying the first room, three vampy still life paintings of dried roses mirror three ceramic houses of playing cards under dim spotlights. In the back room, three gilded, ceramic relief sculptures of RVC televisions play static scenes of Schultz’s Peanuts. Edwards groups each series in threes to allude to the religious vernacular of the Trinity to strengthen his critique of consumer conditioning, under the aura of a gallery space that is reminiscent of a cathedral.